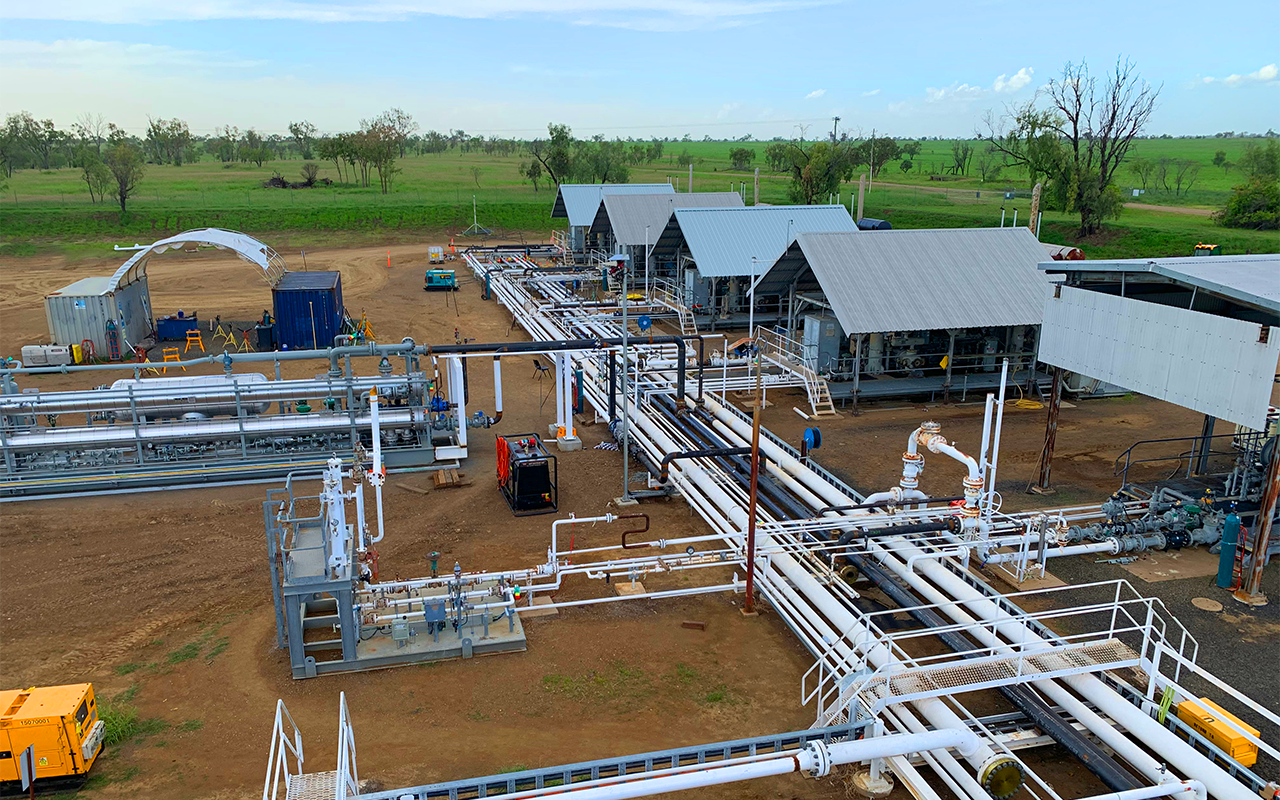 Denison Gas Limited and its affiliates (together “Denison Gas”) are pleased to announce that it has successfully restarted its 100% owned and operated North Denison Project area including conventional gas fields, satellite treatment facilities and the Rolleston Gas Plant after they were shut in nearly 9 years ago.

The Turkey Creek and Springton fields have commenced production and the Rolleston, Arcturus and Yandina fields will be sequentially brought on-line over the next few months before a targeted program of well workovers commences to further lift production.

Work carried out by Denison Gas to enable this restart includes installation of a new Dew Point Control Unit (DPCU) at the Rolleston Gas Plant to remove hydrocarbon liquids from the gas, refurbishment and relocation of compressors, new produced water and condensate storage facilities and integrity verification checks and refurbishment of wells, pipelines, instrumentation, control systems and environmental management systems. This work has been completed within a year of taking over operatorship of its Denison Trough assets in April 2019 and has cost close to $30 million.

Most of the forward gas production has been sold under firm contracts in both Gladstone and Wallumbilla but additional production is available for delivery in the second half of 2020 and beyond.  Denison Gas is targeting total company production from both the Denison North and South Project Areas of at least 20 TJ/d in the near term growing to up to 60TJ/d by the addition of Coal Seam Gas to the production mix. Denison Gas is currently marketing 1-3 years of supply through to 2024.

“The restart of the Northern Project area is a major milestone for the company and a credit to the hard work of the whole Denison Gas team including contractors and service companies. We look forward to progressively increasing our production capacity and leveraging off this base to develop additional conventional and coal seam gas resources across all of our tenements.”

Denison Gas Limited is a gas exploration and production company focused on both increasing its existing conventional gas production and developing the significant CSG resources in its Denison Trough tenements.  The company acquired the assets from Santos and APLNG and, since April 2019, has operated 14 gas fields, 2 gas processing facilities, 4 additional gas compression facilities and a 200 kilometre gas pipeline network connected to the Jemena operated Queensland Gas Pipeline.

The company’s aim is to grow reliable production from its project areas in a safe, cost effective and environmentally responsible way to become a significant producer into the Eastern Australian Gas Market.