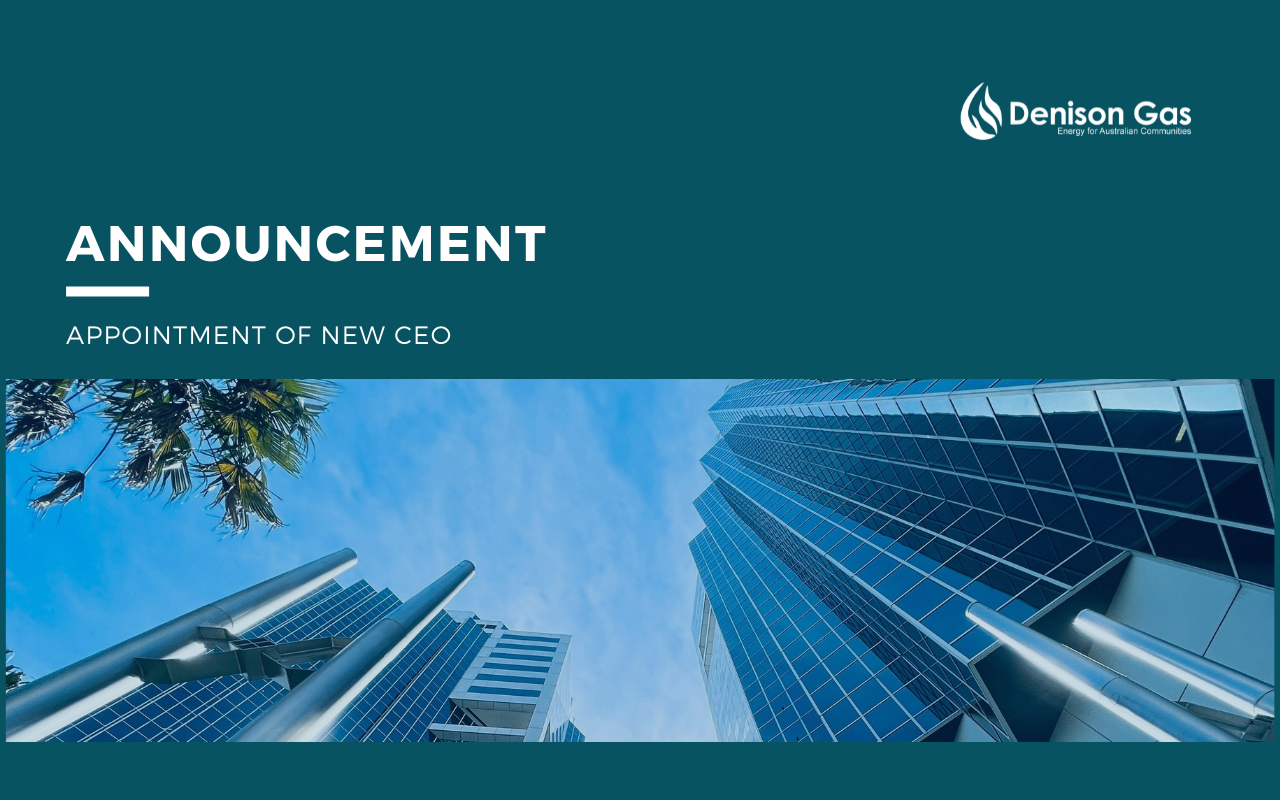 Denison Gas Limited and its affiliates (together Denison Gas) would like to announce that Denison Gas has appointed Mr Wong as its new CEO effective 15 January 2022, replacing Mr Gard who will leave the company on 14 January 2022. Mr Gard has been with the Denison Gas group since 2017 and was appointed CEO in May 2019.

Mr Wong is a co-founder of Denison Gas and has been serving as an Executive Director on the Denison Gas Board since incorporation. Mr Wong has around 20 years of managerial experience including senior management roles in HKEX listed companies, and Executive Directorship roles in SGX and ASX listed companies. He has successfully led and completed several capital raisings for Denison Gas and other oil and gas projects in Australia. Mr Wong will retain his Executive Director role on the Board concurrent with his CEO role. His past experience on the Board will help ensure a smooth transition in the CEO handover process, and provide important continuity of leadership and the implementation of Denison Gas business strategies.

Mr John Rodda, Chairman of the Board, commented on the announcement:

Robert has been a core member of the executive leadership team at Denison Gas and has played an important role in the corporate governance, commercial function and development and execution of company strategies with the Board. The company is well positioned now for a stronger, more solid growth. The Board of Directors would like to thank Robert for his contribution and wish him well in his endeavours.

I look forward to continuing working with Benson as his roles expand in the organisation particularly regarding the execution of key strategies concerning future exploration and decarbonisation projects. We are confident that Denison Gas will continue its rapid growth in the East Coast gas market and in supporting Australia’s energy needs as a transitional fuel to a low-carbon future.